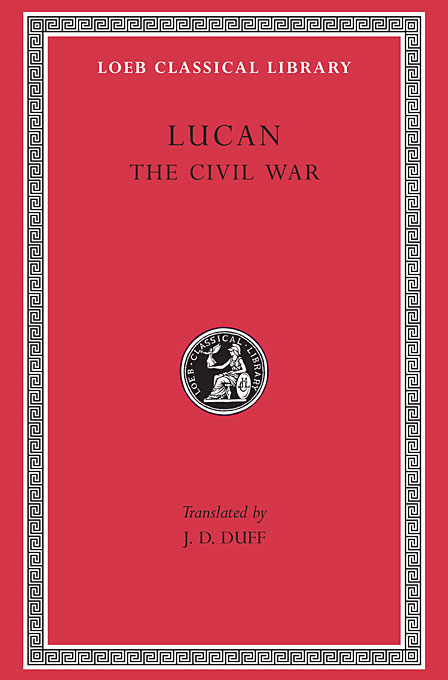 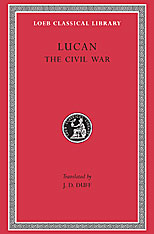 Lucan (M. Annaeus Lucanus, 39–65 CE), son of wealthy M. Annaeus Mela and nephew of Seneca, was born at Corduba (Cordova) in Spain and was brought as a baby to Rome. In 60 CE at a festival in Emperor Nero’s honour Lucan praised him in a panegyric and was promoted to one or two minor offices. But having defeated Nero in a poetry contest he was interdicted from further recitals or publication, so that three books of his epic The Civil War were probably not issued in 61 when they were finished. By 65 he was composing the tenth book but then became involved in the unsuccessful plot of Piso against Nero and, aged only twenty-six, by order took his own life.

Quintilian called Lucan a poet “full of fire and energy and a master of brilliant phrases.” His epic stood next after Virgil’s in the estimation of antiquity. Julius Caesar looms as a sinister hero in his stormy chronicle in verse of the war between Caesar and the Republic’s forces under Pompey, and later under Cato in Africa—a chronicle of dramatic events carrying us from Caesar’s fateful crossing of the Rubicon, through the Battle of Pharsalus and death of Pompey, to Caesar victorious in Egypt.

The poem is also called Pharsalia.