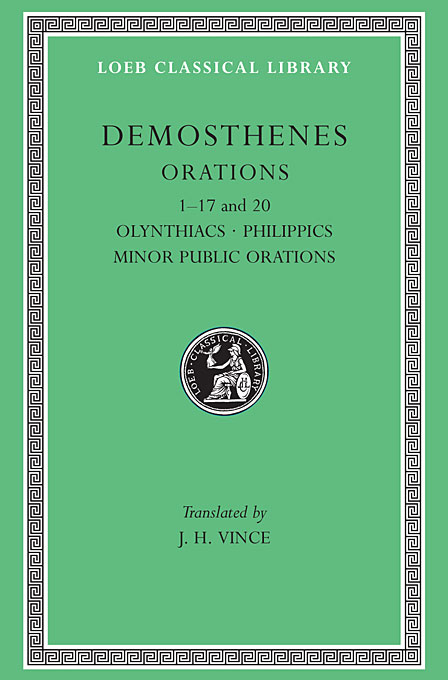 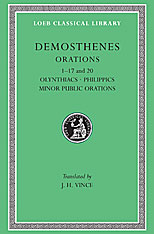 The Loeb Classical Library edition of Demosthenes is in seven volumes. The first contains nine famous speeches in which he attempted to rouse Athenian alarm about Macedonian ambitions: the three Olynthiacs, the four Philippics, On the Peace, and On the Chersonese. Here too are Philip of Macedon’s letter to Athens declaring war and the Answer to Philip’s letter.