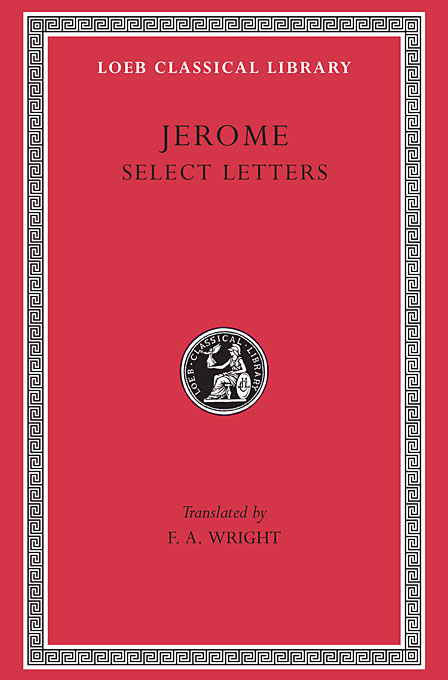 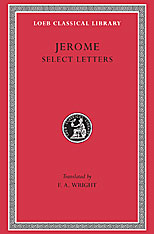 Translated by F. A. Wright

Jerome (Eusebius Sophronius Hieronymus), ca. 345–420, of Stridon, Dalmatia, son of Christian parents, at Rome listened to rhetoricians, legal advocates, and philosophers, and in 360 was baptized by Pope Liberius. He travelled widely in Gaul and in Asia Minor; and turned in the years 373–379 to hermetic life in Syria. Ordained presbyter at Antioch in 379 he went to Constantinople, met Gregory of Nazianzus and advanced greatly in scholarship. He was called to Rome in 382 to help Pope Damasus, at whose suggestion he began his revision of the Old Latin translation of the Bible (which came to form the core of the Vulgate version). Meanwhile he taught scripture and Hebrew and monastic living to Roman women. Wrongly suspected of luxurious habits, he left Rome (now under Pope Siricius) in 385, toured Palestine, visited Egypt, and then settled in Bethlehem, presiding over a monastery and (with help) translating the Old Testament from Hebrew. About 394 he met Augustine. He died on 30 September 420.

Jerome’s letters constitute one of the most notable collections in Latin literature. They are an essential source for our knowledge of Christian life in the fourth–fifth centuries; they also provide insight into one of the most striking and complex personalities of the time. Seven of the eighteen letters in this selection deal with a primary interest of Jerome’s: the morals and proper role of women. The most famous letter here fervently extols virginity.