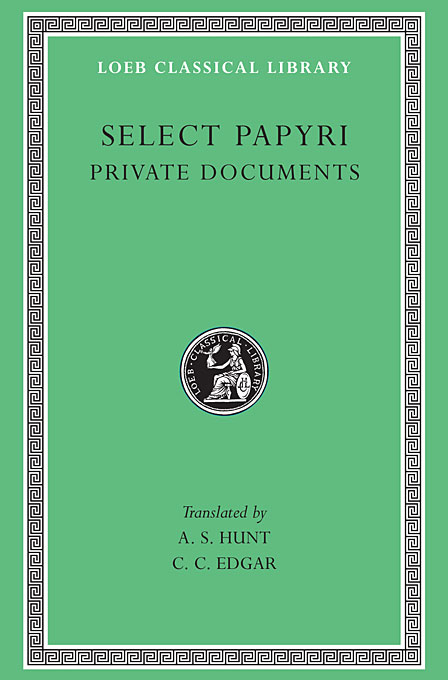 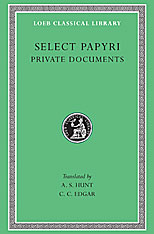 Translated by A. S. Hunt

This is the first of two volumes giving a selection of Greek papyri relating to private and public business. They cover a period from before 300 BCE to the eighth century CE. Most were found in rubbish heaps or remains of ancient houses or in tombs in Egypt. From such papyri we get much information about administration and social and economic conditions in Egypt, and about native Egyptian, Greek, Roman and Byzantine law, as well as glimpses of ordinary life.