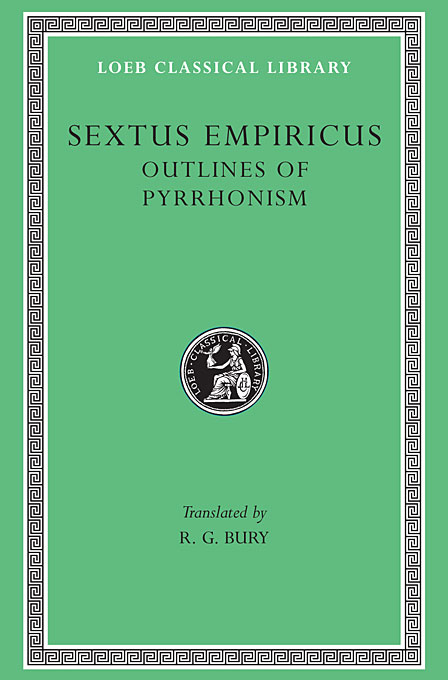 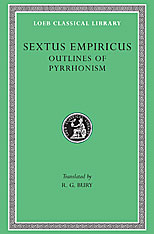 Sextus Empiricus (ca. 160–210 CE), exponent of skepticism and critic of the Dogmatists, was a Greek physician and philosopher, pupil and successor of the medical skeptic (not the historian) Herodotus of Tarsus. He probably lived for years in Rome and possibly also in Alexandria and Athens. His three surviving works are Outlines of Pyrrhonism (three books on the practical and ethical skepticism of Pyrrho of Elis, ca. 360–275 BCE, as developed later, presenting also a case against the Dogmatists); Against Dogmatists (five books—here in two volumes—dealing with the Logicians, the Physicists, and the Ethicists); and Against Professors (six books: Grammarians, Rhetors, Geometers, Arithmeticians, Astrologers, and Musicians). These two latter works might be called a general criticism of professors of all arts and sciences. Sextus’s work is a valuable source for the history of thought especially because of his development and formulation of former skeptic doctrines.

The Loeb Classical Library edition of Sextus Empiricus is in four volumes.