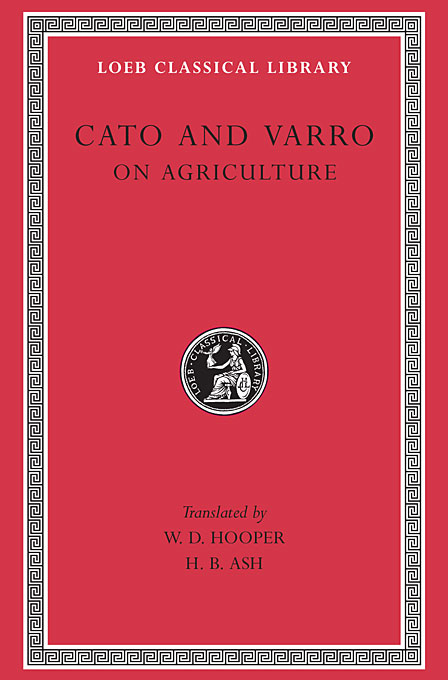 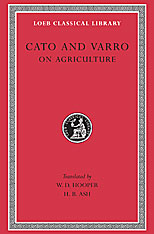 Cato (M. Porcius Cato) the elder (234–149 BCE) of Tusculum, statesman and soldier, was the first important writer in Latin prose. His speeches, works on jurisprudence and the art of war, his precepts to his son on various subjects, and his great historical work on Rome and Italy are lost. But we have his De Agricultura; terse, severely wise, grimly humorous, it gives rules in various aspects of a farmer’s economy, including even medical and cooking recipes, and reveals interesting details of domestic life.

Varro (M. Terentius), 116–27 BCE, of Reate, renowned for his vast learning, was an antiquarian, historian, philologist, student of science, agriculturist, and poet. He was a republican who was reconciled to Julius Caesar and was marked out by him to supervise an intended national library. Of Varro’s more than seventy works involving hundreds of volumes we have only one on agriculture and country affairs (Rerum Rusticarum) and part of his work on the Latin language (De Lingua Latina; Loeb nos. 333, 334), though we know much about his Satires. Each of the three books on country affairs begins with an effective mise en scène and uses dialogue. The first book deals with agriculture and farm management, the second with sheep and oxen, the third with poultry and the keeping of other animals large and small, including bees and fish ponds. There are lively interludes and a graphic background of political events.