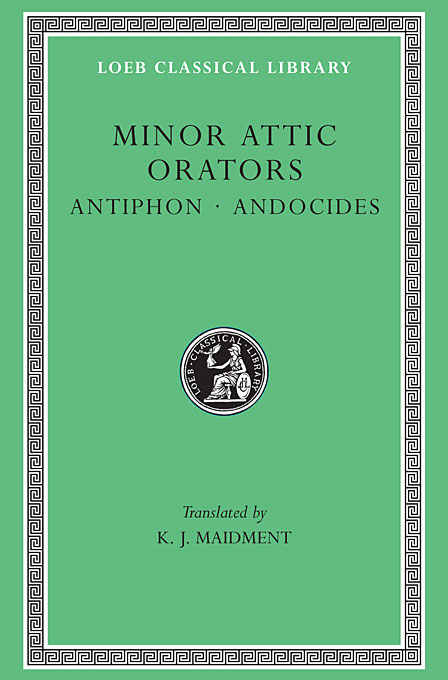 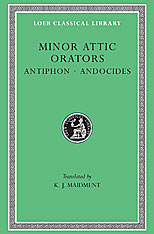 Antiphon of Athens, born in 480 BCE, spent his prime in the great period of Athens but, disliking democracy, was himself an ardent oligarch who with others set up a violent short-lived oligarchy in 411. The restored democracy executed him for treason. He had been a writer of speeches for other people involved in litigation. Of the fifteen surviving works three concern real murder cases. The others are exercises in speech-craft consisting of three tetralogies, each tetralogy comprising four skeleton speeches: accuser’s; defendant’s; accuser’s reply; and defendant’s counter-reply.

Andocides of Athens, born ca. 440 BCE, disliked the extremes of both democracy and oligarchy. Involved in religious scandal in 415 BCE, he went into exile. After at least two efforts to return, he did so under the amnesty of 403. In 399 he was acquitted on a charge of profaning the Mysteries and in 391–390 took part in an abortive peace embassy to Sparta. Extant speeches are “On His Return” (a plea on his second attempt); “On the Mysteries” (a self-defense); and “On the Peace with Sparta.” The speech “Against Alcibiades” (the notorious politician) is suspect.

This is the first in a two-volume edition of Greek orators. The second collects the speeches of four orators involved in the ill-fated resistance of Athens to the power of Philip and Alexander the Great of Macedon.