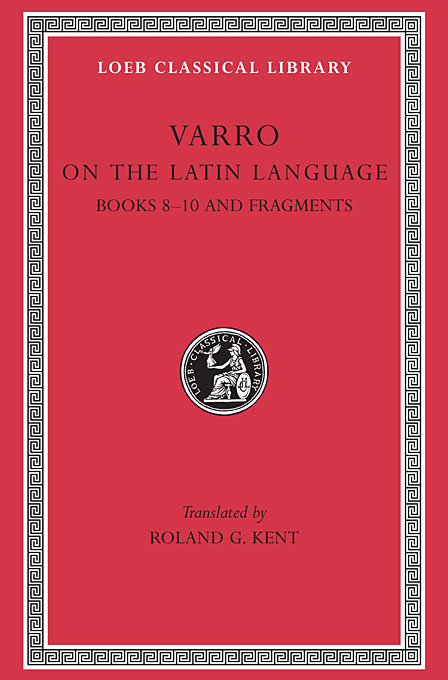 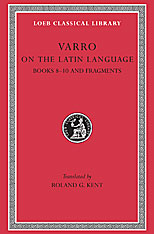 On the Latin Language, Volume II

Varro (M. Terentius), 116–27 BCE, of Reate, renowned for his vast learning, was an antiquarian, historian, philologist, student of science, agriculturist, and poet. He was a republican who was reconciled to Julius Caesar and was marked out by him to supervise an intended national library.

Of Varro’s more than seventy works involving hundreds of volumes we have only his treatise On Agriculture (in Loeb no. 283) and part of his monumental achievement, De Lingua Latina (On the Latin Language), a work typical of its author’s interest not only in antiquarian matters but also in the collection of scientific facts.

Originally, On the Latin Language consisted of twenty-five books in three parts: etymology of Latin words (books 1–7); their inflexions and other changes (books 8–13); and syntax (books 14–25). Of the whole work survive (somewhat imperfectly) books 5 to 10. These are from the section which applied etymology to words of time and place and to poetic expressions (books 4–6); the section on analogy as it occurs in word formation (books 7–9); and the section which applied analogy to word derivation (books 10–12).

Varro’s work contains much that is of very great value to the study of the Latin language. The Loeb Classical Library edition of On the Latin Language is in two volumes.