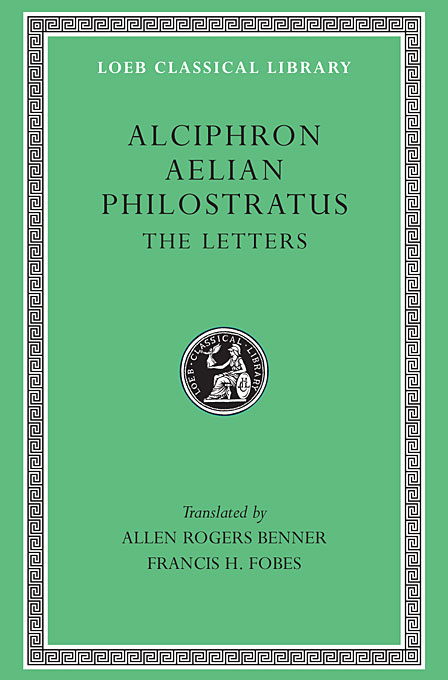 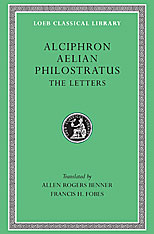 Translated by A. R. Benner

The Letters of Alciphron (second century CE) constitute one of the most attractive products of the Second Sophistic. They are fictitious compositions based on an astonishingly wide variety of circumstances, though the theme of erotic love is constantly sounded. The imagination shown by the author and his convincing realism win him a place of distinction in the early development of romantic prose. The letters, which are highly literary, owing much to the New Comedy of Menander, purport to give us a sketch of the social life of Athens in the fourth century BCE. The collection is arranged in four divisions: Letters of Fishermen; Farmers; Parasites; Courtesans. Senders and addressees are mostly invented characters, but in the last section Alciphron presents us with several attempts at historical fiction, the most engaging being an exchange of letters between Menander and Glycera.