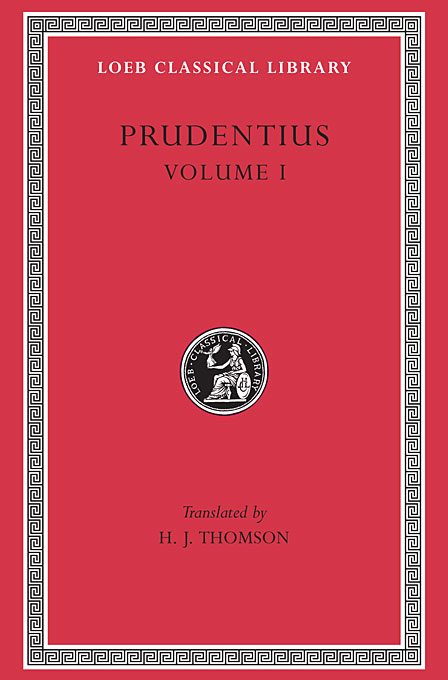 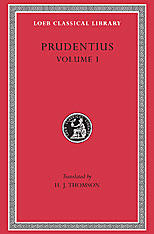 Preface. Daily Round. Divinity of Christ. Origin of Sin. Fight for Mansoul. Against Symmachus 1

Prudentius (Aurelius Prudentius Clemens) was born in 348 CE, probably at Caesaraugusta (Saragossa), and lived mostly in northeastern Spain, but visited Rome between 400 and 405. His parents, presumably Christian, had him educated in literature and rhetoric. He became a barrister and at least once later on an administrator; he afterwards received some high honor from Emperor Theodosius. Prudentius was a strong Christian who admired the old pagan literature and art, especially the great Latin poets whose forms he used. He looked on the Roman achievement in history as a preparation for the coming of Christ and the triumph of a spiritual empire.

The Loeb Classical Library edition of the poems of Prudentius is in two volumes. The first volume presents: Preface (Praefatio); The Daily Round (Liber Cathemerinon); 12 literary and attractive hymns, parts of which have been included in the Breviary and in modern hymnals; The Divinity of Christ (Apotheosis), which maintains the Trinity and attacks those who denied the distinct personal being of Christ; The Origin of Sin (Hamartigenia), attacking the separation of the “strict” God of the Old Testament from the “good” God revealed by Christ; Fight for Mansoul (Psychomachia), which describes the struggle between (Christian) virtues and (pagan) vices; and the first book of Against the Address of Symmachus (Contra Orationem Symmachi), in which pagan gods are assailed.

The second volume contains the second book of Against the Address of Symmachus, opposing a petition for the replacement of an altar and statue of Victory; Crowns of Martyrdom (Peristephanon Liber), 14 hymns to martyrs (mostly of Spain); Lines To Be Inscribed under Scenes from History (Tituli Historiarum), 49 four-line stanzas which are inscriptions for scenes from the Bible depicted on the walls of a church; and an Epilogue.