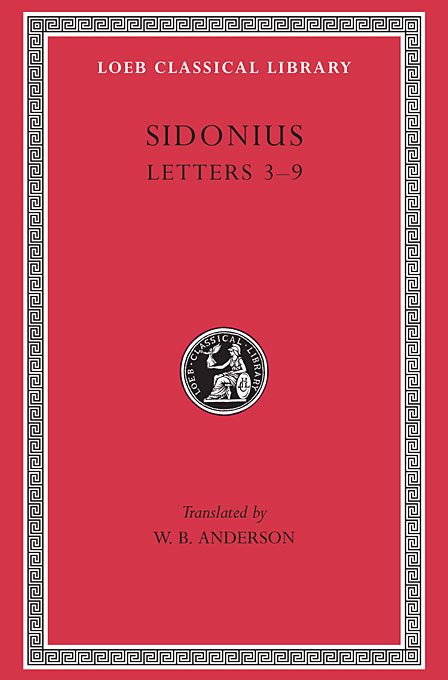 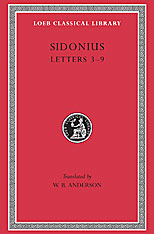 Translated by W. B. Anderson

Sidonius Apollinaris, a Gallo-Roman, was born at Lugdunum (Lyon) about 430 CE. He married Papianilla, daughter of the Emperor Avitus in whose honour he recited at Rome on 1 January 456 a panegyric in verse. Sidonius later joined a rebellion, it seems, but was finally reconciled to the emperor Majorian and delivered at Lyon in 458 a panegyric on him. After some years in his native land, in 467 he led a Gallo-Roman deputation to the Emperor Anthemius, and on 1 January 468 recited at Rome his third panegyric. He returned to Gaul in 469 and became Bishop of Auvergne with seat at Clermont-Ferrand. He upheld his people in resisting the Visigoths. After Auvergne was ceded to them in 475, he was imprisoned but soon resumed his bishopric. He was canonized after his death.

The Loeb Classical Library edition of Sidonius is in two volumes. The first contains his poetry: the three long panegyrics as well as poems addressed to or concerned with friends, apparently written in his youth. Volume I also contains two of the nine books of letters (all dating from before his episcopate). Volume II contains books 3–9. Sidonius’s writings shed valued light on Roman culture in the fifth century.