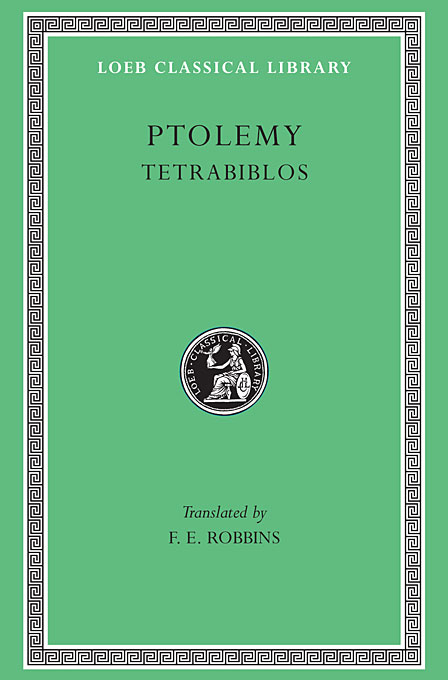 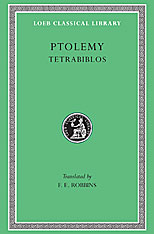 The Tetrabiblos of the famous astronomer and geographer Ptolemy (Claudius Ptolemaeus, c. 100–178 CE) of Egypt consists of four books, the title given in some manuscripts meaning “Mathematical Treatise in Four Books,” in others “The Prognostics Addressed to Syrus.” The subject is astrology, which in Ptolemy’s time as down to the Renaissance was fused as a respectable science with astronomy.

Translations and commentaries are few, and only three Greek texts had been printed (all in the sixteenth century) before the present one and the one begun by F. Boll and finished by Emilie Boer in 1940.