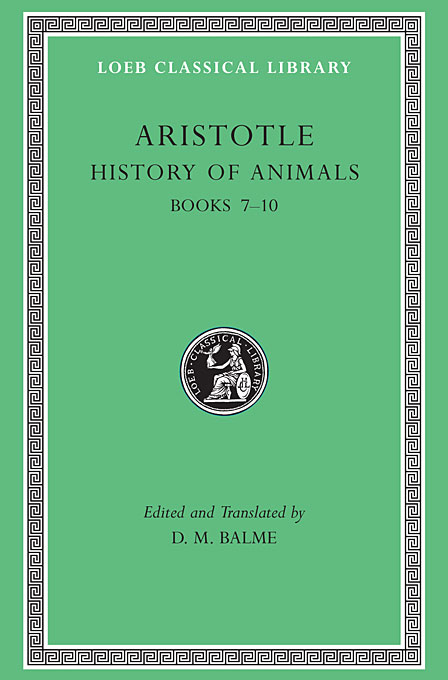 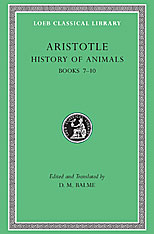 In History of Animals, Aristotle analyzes “differences”—in parts, activities, modes of life, and character—across the animal kingdom, in preparation for establishing their causes, which are the concern of his other zoological works. Over 500 species of animals are considered: shellfish, insects, birds, fish, reptiles, amphibians, and mammals—including human beings.

In Books I–IV, Aristotle gives a comparative survey of internal and external body parts, including tissues and fluids, and of sense faculties and voice. Books V–VI study reproductive methods, breeding habits, and embryogenesis as well as some secondary sex differences. In Books VII–IX, Aristotle examines differences among animals in feeding; in habitat, hibernation, migration; in enmities and sociability; in disposition (including differences related to gender) and intelligence. Here too he describes the human reproductive system, conception, pregnancy, and obstetrics. Book X establishes the female’s contribution to generation.

The Loeb Classical Library edition of History of Animals is in three volumes. A full index to all ten books is included in the third (Volume XI of the Aristotle edition).