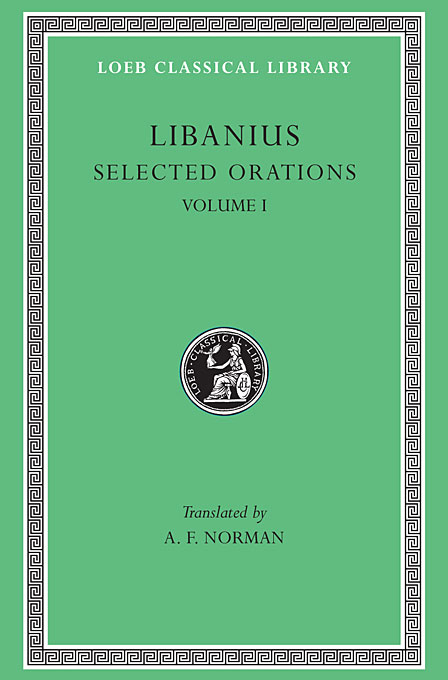 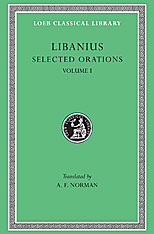 Edited and translated by A. F. Norman

Libanius (314–393 CE) was one of the last great publicists and teachers of Greek paganism. His story, as presented in his Autobiography and the Life by Eunapius, is supplemented by information from a correspondence of over 1500 items and 64 extant orations. A native of Antioch, he began his teaching career in Constantinople in 340, but soon had to retire to Nicomedeia, where he became acquainted with St. Basil and influential in the development of Julian’s paganism. After a second tenure at Constantinople he returned home to become professor in Antioch in 354, a position which he held, through many vicissitudes, for the rest of his life.

As sophist of Antioch and a devoted exponent of the traditional Hellenic system of education, Libanius remained deliberately and contemptuously unacquainted with Latin, and deplored its growing influence. Naturally humane in outlook and sympathizing with the local bourgeoisie, he criticized bitterly the encroachments and oppressions of the central administration, and the general cruelty of his day. Sincerely pagan in an increasingly aggressive Christian society, he became an influential voice against religious persecution, official or unofficial. The orations on Julian, to whose memory he remained devoted all his life, were composed between 362 and 365, and present Libanius with a congenial subject, revealing him at the height of his powers and influence.

Also available in the Loeb Classical Library is a two-volume edition of Libanius’s Autobiography and Selected Letters.