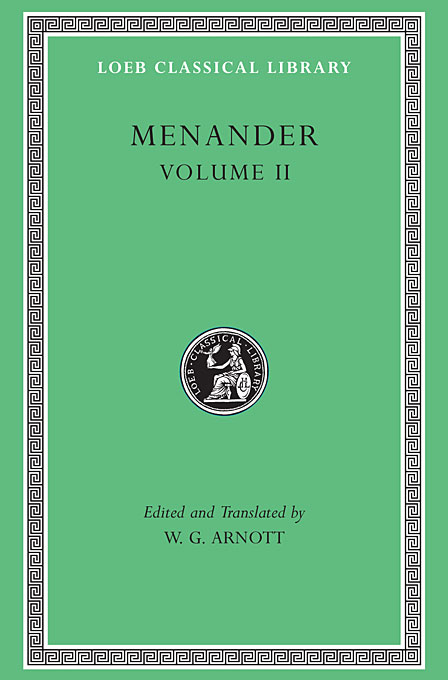 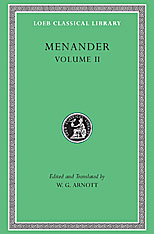 Spectacular new finds, many of them in Egypt at Oxyrhynchus, have dramatically expanded the extant work of Menander since Allinson’s one-volume Loeb Classical Library edition was published in 1921. This new Loeb Menander is three times the size of the Allinson volume. Internationally-recognized Menander expert W. G. Arnott brings us all of the work of the great Hellenistic comic playwright that is now available. A Greek text based on careful study of the discovered papyri faces a skillful translation that fits today’s tastes, with full explanatory notes.

Volume II contains the surviving portions of ten Menander plays. Among these are the recently published fragments of Misoumenos (The Man She Hated), which sympathetically presents the flawed relationship of a soldier and a captive girl; and the surviving half of Perikeiromene (The Girl with Her Hair Cut Short), a comedy of mistaken identity and lovers’ quarrel.

So influential in antiquity—his plays were adapted for the Roman stage by Plautus and Terence—Menander’s comic art can at last be fully known and enjoyed again. It is a comedy that focuses on the hazards of love and trials of family life—as is typical of New Comedy, a style of which Menander is the leading writer.