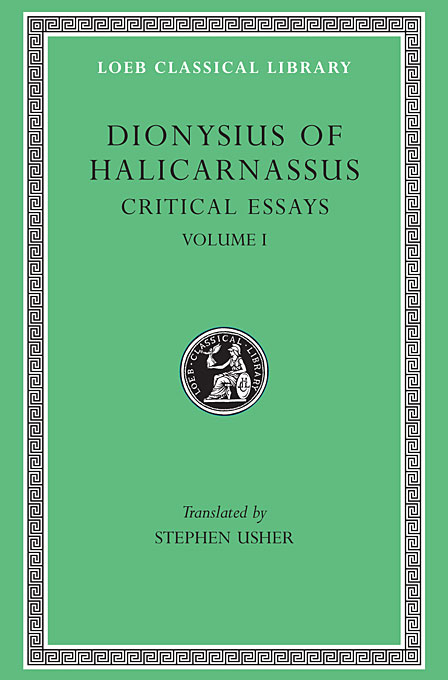 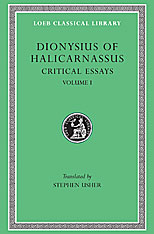 Dionysius of Halicarnassus had migrated to Rome by 30 BCE, where he lived until his death some time after 8 BCE, writing his Roman Antiquities and teaching the art of rhetoric and literary composition.

Dionysius’s purpose, both in his own work and in his teaching, was to re-establish the classical Attic standards of purity, invention and taste in order to reassert the primacy of Greek as the literary language of the Mediterranean world. He advocated the minute study of the styles of the finest prose authors of the fifth and fourth century BCE, especially the Attic orators. His critical essays on these and on the historian Thucydides represent an important development from the somewhat mechanical techniques of rhetorical handbooks to a more sensitive criticism of individual authors. Illustrating his analysis with well-chosen examples, Dionysius preserves a number of important fragments of Lysias and Isaeus.

The essays on those two orators and on Isocrates, Demosthenes, and Thucydides comprise Volume I of this edition. Volume II contains three letters to his students; a short essay on the orator Dinarchus; and his finest work, the essay On Literary Composition, which combines rhetoric, grammar, and criticism in a manner unique in ancient literature.

The Loeb Classical Library also publishes a seven-volume edition of Roman Antiquities by Dionysius of Halicarnassus, a history from earliest times to 264 BCE.