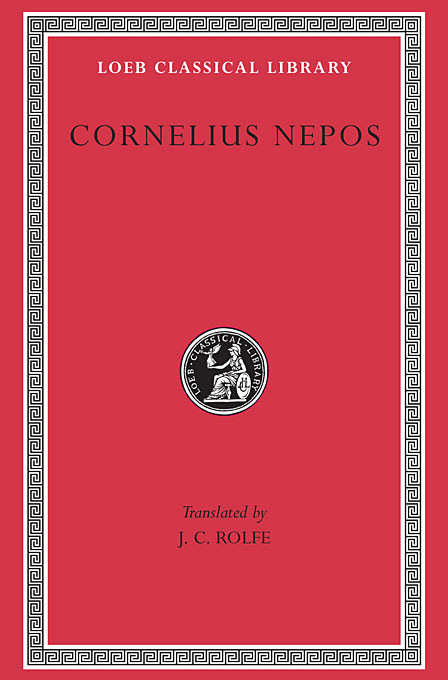 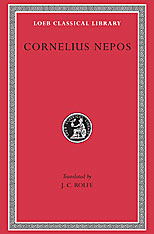 On Great Generals. On Historians

Cornelius Nepos was born in Cisalpine Gaul but lived in Rome and was a friend of Cicero, Atticus, and Catullus. Most of his writings—which included poems, moral examples from history, a chronological sketch of general history, a geographical work, and lives of Cato the Elder and Cicero and other biographies—are lost. Extant is a portion of his De Viris Illustribus: (i) part of his parallel lives of Roman and non-Roman famous men, namely the portion containing lives of non-Roman generals (all Greeks except three) and a chapter on kings; and (ii) two lives from the class of historians. The lives are short popular biographies of various kinds, written in a usually plain readable style, of value today because of Nepos’s use of many good sources.