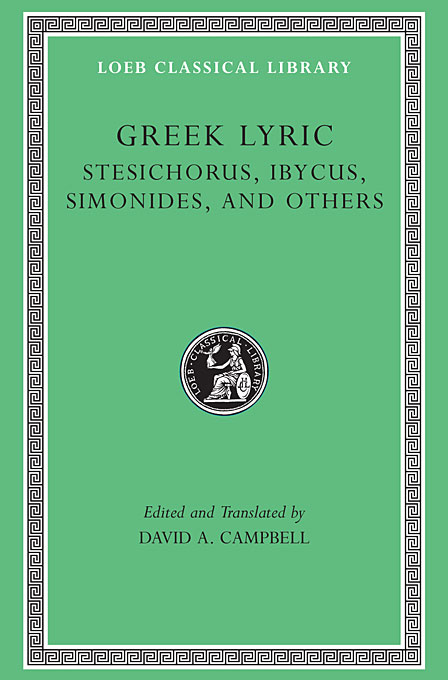 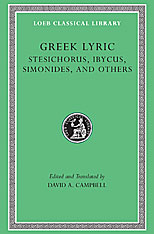 The most important poets writing in Greek in the sixth century BCE came from Sicily and southern Italy. Stesichorus was called by ancient writers “most Homeric”—a recognition of his epic themes and noble style. He composed verses about the Trojan War and its aftermath, the Argonauts, the adventures of Heracles. He may have been a solo singer, performing these poems to his own cithara accompaniment. Ibycus probably belonged to the colony of Rhegium in southwestern Italy. Like Stesichorus he wrote lyrical narratives on mythological themes, but he also composed erotic poems. Simonides is said to have spent his later years in Sicily. He was in Athens at the time of the Persian Wars, though, and was acclaimed for his epitaph on the Athenians who died at Marathon. He was a successful poet in various genres, including victory odes, dirges, and dithyrambic poetry. The power of his pathos emerges in the fragments we have.

All the extant verse of these poets is given in this third volume of David Campbell’s edition of Greek lyric poetry, along with the ancients’ accounts of their lives and works. Ten contemporary poets are also included, among them Arion, Lasus, and Pratinas.

The Loeb Classical Library edition of Greek Lyric is in five volumes. Sappho and Alcaeus—the illustrious singers of sixth-century Lesbos—are in the first volume. Volume II contains the work of Anacreon, composer of solo song; the Anacreontea; and the earliest writers of choral poetry, notably the seventh-century Spartans Alcman and Terpander. Bacchylides and other fifth-century poets are in Volume IV along with Corinna (although some argue that she belongs to the third century). The last volume includes the new school of dithyrambic poets (mid-fifth to mid-fourth century), together with the anonymous poems: drinking songs, children’s songs, cult hymns, and others.