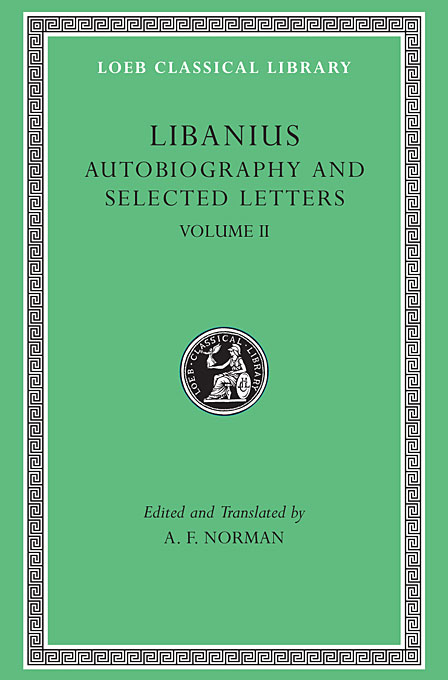 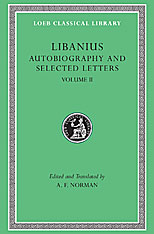 Edited and translated by A. F. Norman

A professing pagan in an aggressively Christian empire, a friend of the emperor Julian and acquaintance of St. Basil, a potent spokesman for private and political causes—Libanius can tell us much about the tumultuous world of the fourth century.

Born in Antioch to a wealthy family steeped in the culture and religious traditions of Hellenism, Libanius rose to fame as a teacher of the classics in a period of rapid social change. In his lifetime Libanius was an acknowledged master of the art of letter writing. Today his letters—about 1550 of which survive—offer an enthralling self-portrait of this combative pagan publicist and a vivid picture of the culture and political intrigues of the eastern empire. A. F. Norman selects one eighth of the extant letters, which come from two periods in Libanius’s life, 355–365 and 388–393 CE, letters written to Julian, churchmen, civil officials, scholars, and his many influential friends.

The Letters are complemented, in this two-volume edition, by Libanius’s Autobiography (Oration 1), a revealing narrative that begins as a scholar’s account and ends as an old man’s private journal.

Also available in the Loeb Classical Library is a two-volume edition of Libanius’s Orations.