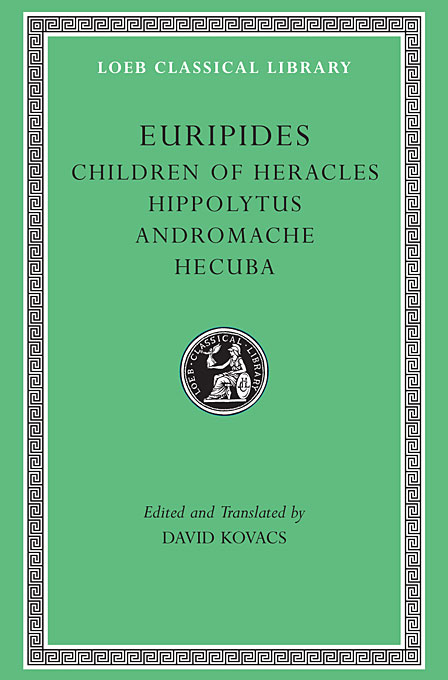 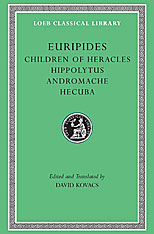 One of Athens’ greatest poets, Euripides has been prized in every age for the pathos, terror, surprising plot twists, and intellectual probing of his dramatic creations. Here are four of his plays in a new Loeb Classical Library edition.

Children of Heracles, probably first produced in 430, soon after the Spartan invasion of Attica, celebrates an incident long a source of Athenian pride: the city’s protection of the sons and daughters of the dead Heracles. Hippolytus triumphed in the Athenian dramatic competition of 428 BCE; in modern times it has been judged to be one of Euripides’s masterpieces. It tells of the punishment that the goddess Aphrodite inflicts on a young man who refuses to worship her. Andromache and Hecuba recreate the tragic stories of two noble Trojan women after their city’s fall.

In this second volume of the new Loeb Euripides, David Kovacs gives us a freshly edited Greek text facing an accurate and graceful prose translation. Explanatory notes clarify allusions and nuances, and a brief introduction to each play is provided.