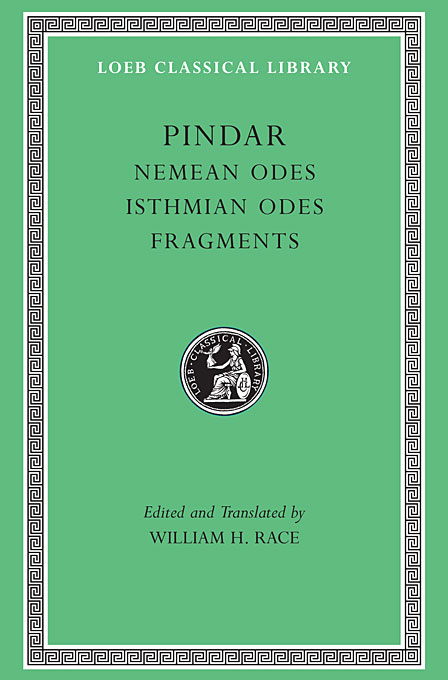 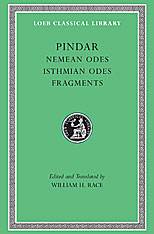 Of the Greek lyric poets, Pindar (ca. 518–438 BCE) was “by far the greatest for the magnificence of his inspiration” in Quintilian’s view; Horace judged him “sure to win Apollo’s laurels.” The esteem of the ancients may help explain why a good portion of his work was carefully preserved. Most of the Greek lyric poets come down to us only in bits and pieces, but nearly a quarter of Pindar’s poems survive complete. William H. Race now brings us, in two volumes, a new edition and translation of the four books of victory odes, along with surviving fragments of Pindar’s other poems.

Like Simonides and Bacchylides, Pindar wrote elaborate odes in honor of prize-winning athletes for public performance by singers, dancers, and musicians. His forty-five victory odes celebrate triumphs in athletic contests at the four great Panhellenic festivals: the Olympic, Pythian (at Delphi), Nemean, and Isthmian games. In these complex poems, Pindar commemorates the achievement of athletes and powerful rulers against the backdrop of divine favor, human failure, heroic legend, and the moral ideals of aristocratic Greek society. Readers have long savored them for their rich poetic language and imagery, moral maxims, and vivid portrayals of sacred myths.