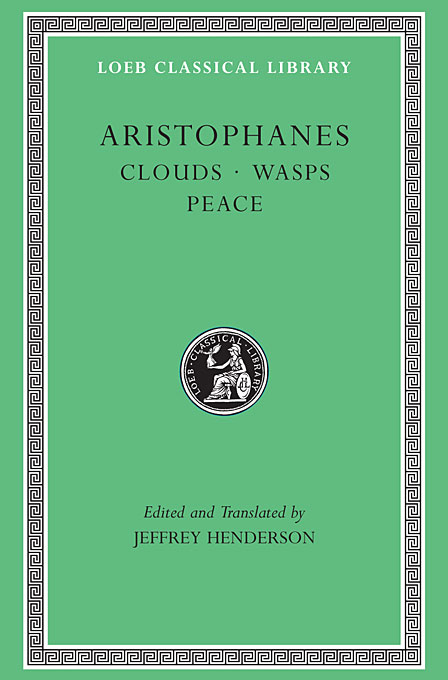 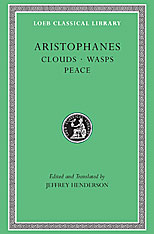 Aristophanes of Athens (ca. 446–386 BCE), one of the world’s greatest comic dramatists, has been admired since antiquity for his iridescent wit and beguiling fantasy, exuberant language, and brilliant satire of the social, intellectual, and political life of Athens at its height. He wrote at least forty plays, of which eleven have survived complete. In this new Loeb Classical Library edition of Aristophanes, Jeffrey Henderson presents a freshly edited Greek text and a lively, unexpurgated translation with full explanatory notes.

Three plays are in Volume II of the new edition. Socrates’ “Thinkery” is at the center of Clouds, which spoofs untraditional techniques for educating young men. Wasps satirizes Athenian enthusiasm for jury service and the law courts as well as the city’s susceptibility to demagogues. In Peace, a rollicking attack on war-makers, the farmer-hero makes his famous trip to heaven on a dung beetle to discuss the issues with Zeus.