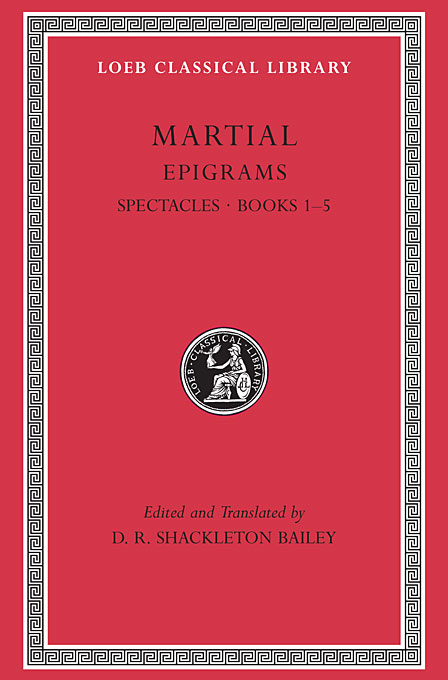 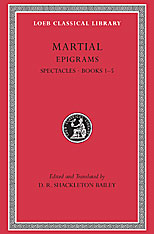 Written to celebrate the 80 CE opening of the Roman Colosseum, Martial’s first book of poems, “On the Spectacles,” tells of the shows in the new arena. The great Latin epigrammist’s twelve subsequent books capture the spirit of Roman life in vivid detail. Fortune hunters and busybodies, orators and lawyers, schoolmasters and acrobats, doctors and plagiarists, beautiful slaves and generous hosts populate his witty verses. We glimpse here the theater, public games, life in the countryside, banquets, lions in the amphitheater, the eruption of Vesuvius. Martial’s epigrams are sometimes obscene, sometimes affectionate and amusing, and always pointed. Like his contemporary Statius, though, Martial shamelessly flatters his patron Domitian, one of Rome’s worst-reputed emperors.

Shackleton Bailey’s translation of Martial’s often difficult Latin eliminates many misunderstandings in previous versions. The text is mainly that of his highly praised Teubner edition of 1990 (“greatly superior to its predecessors,” R. G. M. Nisbet wrote in Classical Review).

These volumes replace the earlier Loeb edition with translation by Walter C. A. Ker (1919).