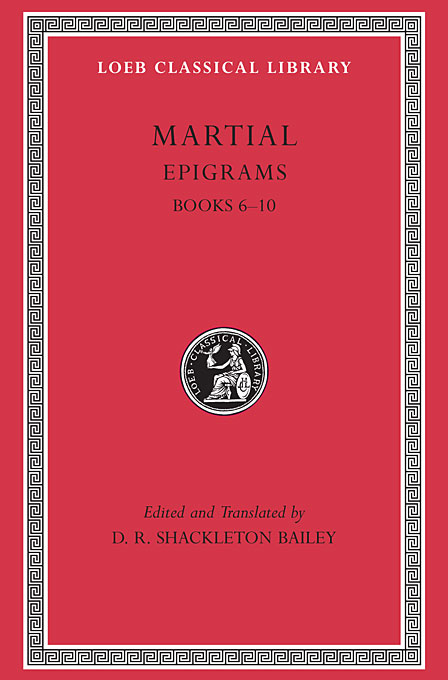 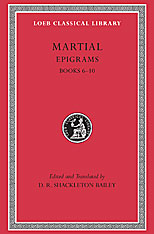 It was to celebrate the opening of the Roman Colosseum in 80 CE that Martial published his first book of poems, “On the Spectacles.” Written with satiric wit and a talent for the memorable phrase, the poems in this collection record the broad spectacle of shows in the new arena. The great Latin epigrammist’s twelve subsequent books capture the spirit of Roman life—both public and private—in vivid detail. Fortune hunters and busybodies, orators and lawyers, schoolmasters and street hawkers, jugglers and acrobats, doctors and plagiarists, beautiful slaves, and generous hosts are among the diverse characters who populate his verses.

Martial is a keen and sharp-tongued observer of Roman society. His pen brings into crisp relief a wide variety of scenes and events: the theater and public games, life in the countryside, a rich debauchee’s banquet, lions in the amphitheater, the eruption of Vesuvius. The epigrams are sometimes obscene, in the tradition of the genre, sometimes warmly affectionate or amusing, and always pointed. Like his contemporary Statius, though, Martial shamelessly flatters his patron Domitian, one of Rome’s worst-reputed emperors.

D. R. Shackleton Bailey now gives us, in three volumes, a reliable modern translation of Martial’s often difficult Latin, eliminating many misunderstandings in previous versions. The text is mainly that of his highly praised Teubner edition of 1990.