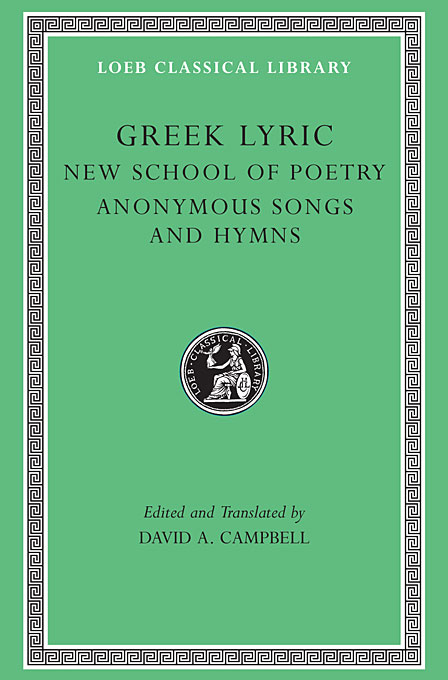 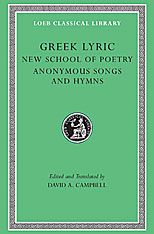 Towards the end of the fifth century BCE, Aristophanes and the other writers of comedy used contemporary poets and musicians as targets for their jokes, making fun of their innovations in language and music. The dithyrambs of Melanippides, Cinesias, Phrynis, Timotheus, and Philoxenus are remarkable examples of this new style. The poets of the new school, active from the mid-fifth to the mid-fourth century, are presented in this final volume of David Campbell’s widely praised edition of Greek lyric poetry. The longest piece extant is a nome by Timotheus—the foremost of these poets—called The Persians; it is a florid account of the battle of Salamis, to be sung solo to cithara accompaniment.

This volume also collects folk songs, drinking songs, and other anonymous pieces. The folk songs come from many parts of Greece and include children’s ditties, marching songs, love songs, and snatches of cult poetry. The drinking songs are derived mainly from Athenaeus’s collection of Attic scolia, short pieces performed at drinking parties in Athens. The anonymous pieces come from papyrus, vases, and stone as well as from literary texts, and include hymns, narrative poetry, and satirical writing.

This is the fifth in a five-volume edition of Greek lyric poets. Sappho and Alcaeus—the illustrious singers of sixth-century Lesbos—are in the first. Volume II contains the work of Anacreon, composer of solo song; the Anacreontea; and the earliest writers of choral poetry, notably the seventh-century Spartans Alcman and Terpander. Stesichorus, Ibycus, Simonides, and other sixth-century poets are in Volume III. Bacchylides and other fifth-century poets are in Volume IV along with Corinna (although some argue that she belongs to the third century).