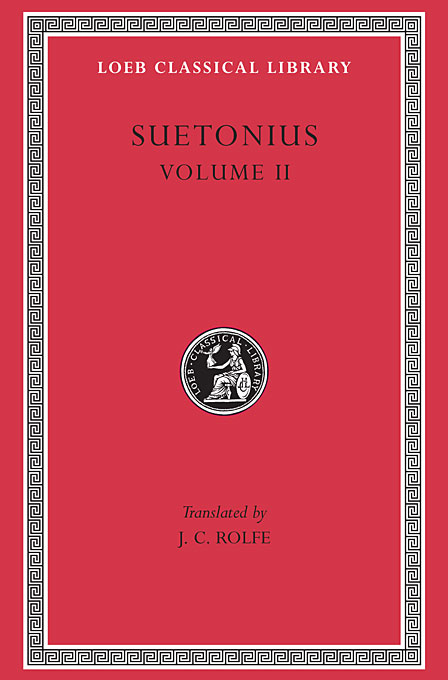 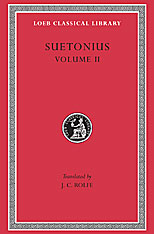 Lives of the Caesars, Volume II

Suetonius (C. Suetonius Tranquillus, born ca. 70 CE), son of a military tribune, was at first an advocate and a teacher of rhetoric, but later became the emperor Hadrian’s private secretary, 119–121. He dedicated to C. Septicius Clarus, prefect of the praetorian guard, his Lives of the Caesars. After the dismissal of both men for some breach of court etiquette, Suetonius apparently retired and probably continued his writing. His other works, many known by title, are now lost except for part of the Lives of Illustrious Men (of letters).

Friend of Pliny the Younger, Suetonius was a studious and careful collector of facts, so that the extant lives of the emperors (including Julius Caesar the dictator) to Domitian are invaluable. His plan in Lives of the Caesars is: the emperor’s family and early years; public and private life; death. We find many anecdotes, much gossip of the imperial court, and various details of character and personal appearance. Suetonius’s account of Nero’s death is justly famous.

The Loeb Classical Library edition of Suetonius is in two volumes. Both volumes were revised throughout in 1997–98, and a new Introduction added.