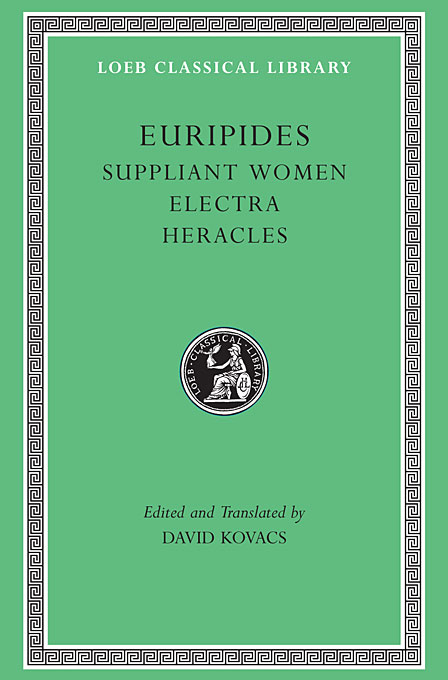 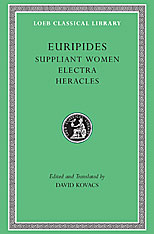 One of antiquity’s greatest poets, Euripides (ca. 485–406 BCE) has been prized in every age for the pathos, terror, surprising plot twists, and intellectual probing of his dramatic creations. Here, in the third volume of a new edition that is receiving much praise, are four of his plays.

Suppliant Women reflects on war and on the rule of law. Euripides’s Electra—presenting the famous legend of a brother and sister who seek revenge on their mother for killing their father—is a portrayal interestingly different from that of Aeschylus or Sophocles. Heracles shows the malice of the gods—and mutual loyalty as the human response to divinely sent disaster.

David Kovacs gives us a freshly edited Greek text and a new translation that, in the words of Greece and Rome, is “close to the Greek and reads fluently and well.”