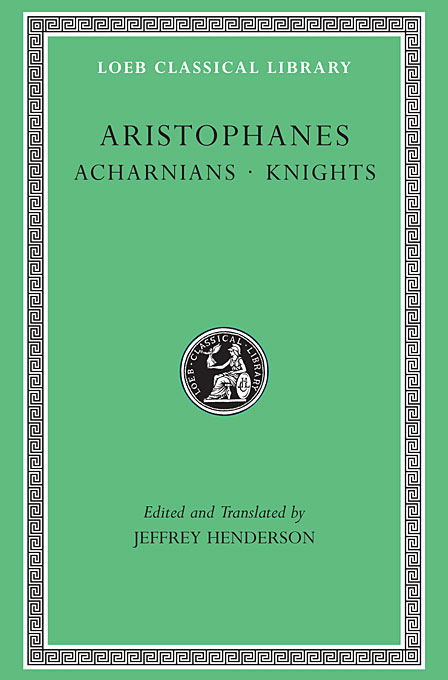 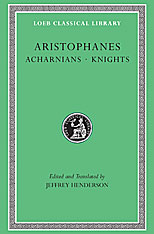 Aristophanes of Athens (ca. 446–386 BCE), one of the world’s greatest comic dramatists, has been admired since antiquity for his iridescent wit and beguiling fantasy, exuberant language, and brilliant satire of the social, intellectual, and political life of Athens at its height. He wrote at least forty plays, of which eleven have survived complete. In this new Loeb Classical Library edition of Aristophanes, Jeffrey Henderson presents a freshly edited Greek text and a lively, unexpurgated translation with full explanatory notes.

The general introduction that begins Volume I reviews Aristophanes’s career and brings current scholarly insights to bear on the intriguing question of the comic poet as a political force.

In Acharnians, a small landowner, tired of the Peloponnesian War, magically arranges a personal peace treaty and, borrowing a disguise from Euripides, demonstrates the injustice of the war in a contest with the bellicose Acharnians.

Also in this volume is Knights, perhaps the most biting satire of a political figure (Cleon) ever written.