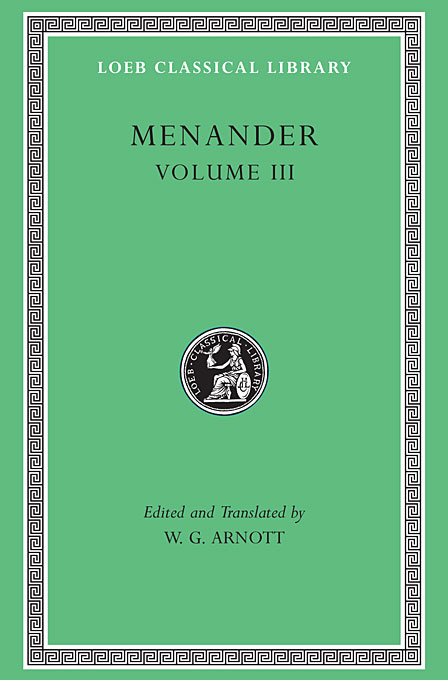 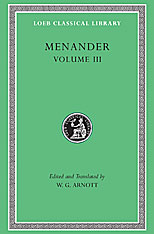 This volume completes the Loeb Classical Library’s new edition of the leading writer of New Comedy. W. G. Arnott, an internationally recognized Menander expert, provides a Greek text based on careful study of recently discovered papyri, a facing translation that is lucid and fits today’s tastes, and full explanatory notes.

So influential in antiquity—his plays were adapted for the Roman stage by Plautus and Terence—Menander’s comic art can now be fully known and enjoyed. It is a comedy that focuses on the hazards of love and trials of family life. This volume begins with Samia (The Woman from Samos), which has come down to us nearly complete. Here too are the very substantial extant portions of Sikyonioi (The Sicyonians) and Phasma (The Apparition) as well as Synaristosai (Women Lunching Together), on which Plautus’s Cistellaria (The Casket Comedy) was based. The volume also includes a selection of papyrus fragments attributed to Menander.

Arnott’s edition of the great Hellenistic playwright has been garnering wide praise for making these fragmentary texts more accessible to readers, elucidating their dramatic movement. In the words of David Konstan (writing in Scholia Reviews): “An excellent guide to Menander… Arnott has given us fine texts, clear translations, brief and useful introductions.”