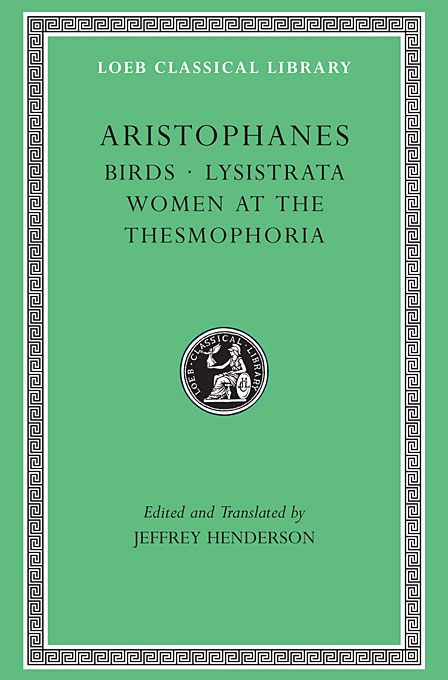 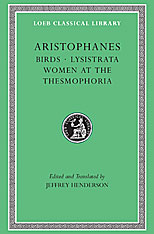 Birds. Lysistrata. Women at the Thesmophoria

Aristophanes (ca. 446–386 BCE), one of the world’s greatest comic dramatists, has been admired since antiquity for his iridescent wit and beguiling fantasy, exuberant language, and brilliant satire of the social, intellectual, and political life of Athens at its height. In this third volume of a new Loeb Classical Library edition of Aristophanes, Jeffrey Henderson presents a freshly edited Greek text and a lively, unexpurgated translation of three plays with full explanatory notes.

In Birds, Aristophanes turns from the pointed political satire characteristic of earlier plays to a fantasy that soars literally into the air in search of a carefree world. Here the enterprising protagonists create a utopian counter-Athens, called Cloudcuckooland, ruled by birds.

Lysistrata blends boisterous comedy and an earnest call for peace. Lysistrata, our first comic heroine, organizes a panhellenic conjugal strike of young wives until their husbands end the war between Athens and Sparta.

Athenian women again take center stage in Women at the Thesmophoria, this time to punish Euripides for portraying them as wicked. Parody of Euripides’s plots enlivens this witty confrontation of the sexes.