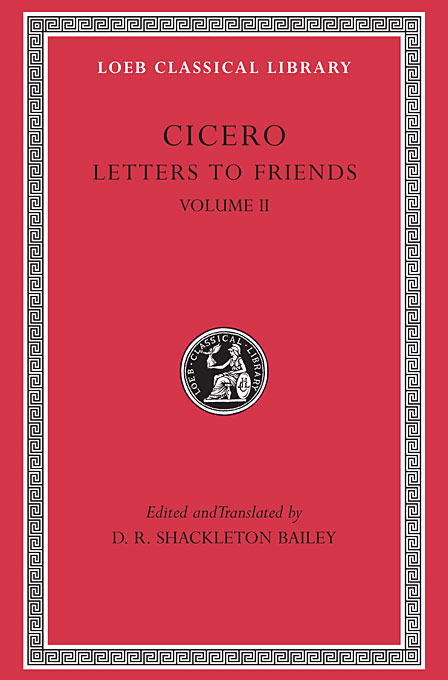 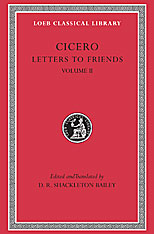 Cicero was a prodigious letter writer, and happily a splendid treasury of his letters has come down to us: collected and in part published not long after his death, over 800 of them were rediscovered by Petrarch and other humanists in the fourteenth century. Among classical texts this correspondence is unparalleled; nowhere else do we get such an intimate look at the life of a prominent Roman and his social world, or such a vivid sense of a momentous period in Roman history.

The 435 letters collected here represent Cicero’s correspondence with friends and acquaintances over a period of 20 years, from 62 BCE, when Cicero’s political career was at its peak, to 43 BCE, the year he was put to death by the victorious Triumvirs. They range widely in substance and style, from official dispatches and semi-public letters of political importance to casual notes that chat with close friends about travels and projects, domestic pleasures and books, and questions currently debated.

This new Loeb Classical Library edition of the Letters to Friends, in three volumes, brings together D. R. Shackleton Bailey’s standard Latin text, now updated, and a revised version of his much admired translation first published by Penguin. This authoritative edition complements the new Loeb edition of Cicero’s Letters to Atticus, also translated by Bailey.