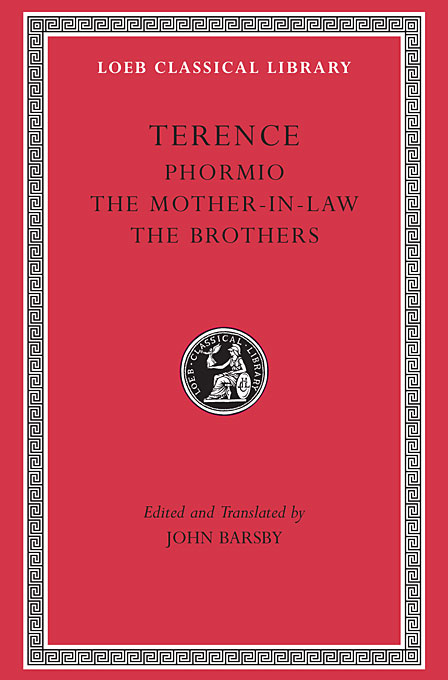 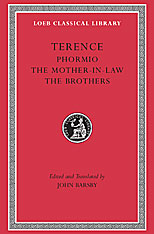 Phormio. The Mother-in-Law. The Brothers

Edited and translated by John Barsby

Terence brought to the Roman stage a bright comic voice and a refined sense of style. His six comedies—first produced in the half dozen years before his premature death in 159 BCE—were imaginatively reformulated in Latin plays written by Greek playwrights, especially Menander. For this new Loeb Classical Library edition of Terence, John Barsby gives us a faithful and lively translation with full explanatory notes, facing a freshly edited Latin text.

Volume I contains a substantial introduction and three plays: The Woman of Andros, a romantic comedy; The Self-Tormentor, which looks at contrasting father-son relationships; and The Eunuch, whose characters include the most sympathetically drawn courtesan in Roman comedy.

In Volume II are: Phormio, a comedy of intrigue with an engaging trickster; The Mother-in-Law, unique among Terence’s plays in that the female characters are the admirable ones; and The Brothers, which explores contrasting approaches to parental education of sons.

The Romans highly praised Terence—“whose speech can charm, whose every word delights,” in Cicero’s words. This new edition of his plays, which replaces the now outdated Loeb translation by John Sargeaunt (first published in 1912), succeeds in capturing his polished style and appeal.