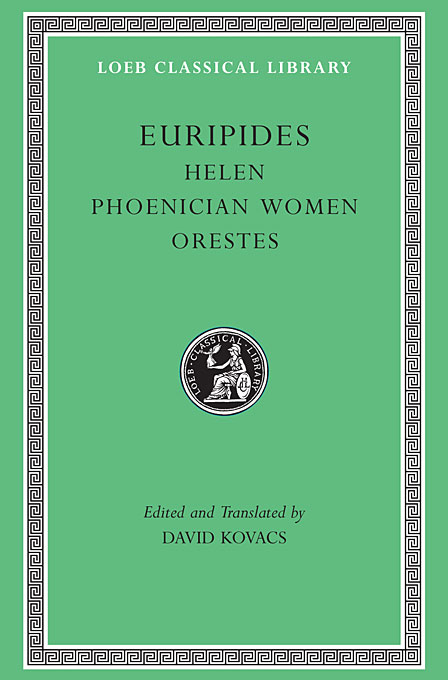 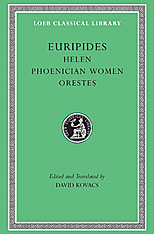 Euripides has been prized in every age for the pathos, terror, surprising plot twists, and intellectual probing of his dramatic creations. In this fifth volume of the new Loeb Classical Library edition of Euripides, David Kovacs presents a freshly edited Greek text and a faithful and deftly worded translation of three plays.

For his Helen, the poet employs an alternative history in which a virtuous Helen never went to Troy but spent the war years in Egypt, falsely blamed for the adulterous behavior of her divinely created double in Troy. This volume also includes Phoenician Women, Euripides’s treatment of the battle between the sons of Oedipus for control of Thebes; and Orestes, a novel retelling of Orestes’s lot after he murdered his mother, Clytaemestra. Each play is annotated and prefaced by a helpful introduction.