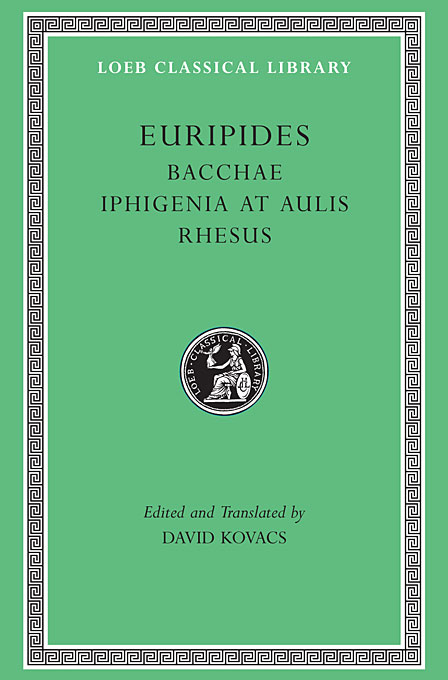 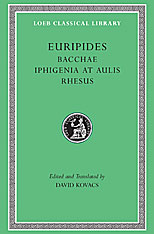 One of antiquity’s greatest poets, Euripides has been prized in every age for the pathos, terror, and intellectual probing of his dramatic creations. This volume completes the new six-volume Loeb Classical Library edition of his plays.

In Bacchae, a masterpiece of tragic drama, Euripides tells the story of king Pentheus’s resistance to the worship of Dionysus and his horrific punishment. Iphigenia at Aulis recounts the sacrifice of Agamemnon’s daughter to Artemis, the price exacted by the goddess for favorable sailing winds. Rhesus (probably not by Euripides) dramatizes a pivotal incident in the Trojan War.