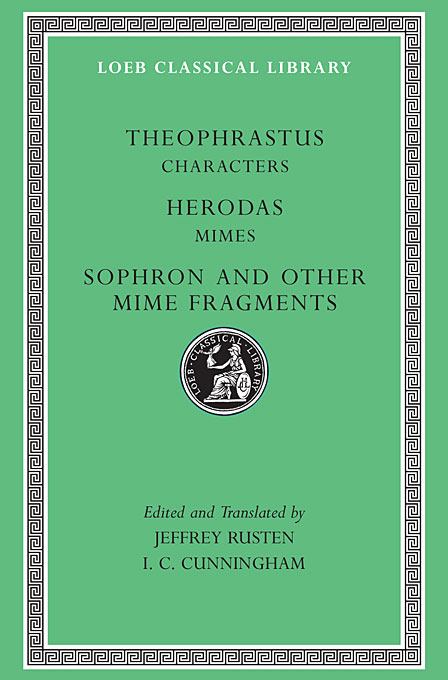 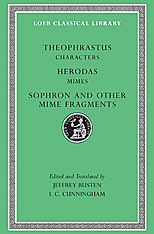 Edited and translated by Jeffrey Rusten

This volume collects important examples of Greek literary portraiture. The Characters of Theophrastus consists of thirty fictional sketches of men who are each dominated by a single fault, such as arrogance, boorishness, or superstition. The Hellenistic poet Herodas wrote mimes, a popular entertainment in which one actor or a small group portrayed a situation from everyday life, concentrating on depiction of character rather than on plot. The volume also includes a new translation and text of extant portions of the mimes of Sophron, a Syracusan of the fifth century BCE. Here too is a selection of anonymous mime fragments.

The work of Sophron and the anonymous mime fragments are newly added to the Loeb Classical Library in this second edition of a volume published in 1993. Jeffrey Rusten and Ian C. Cunningham have also updated their editions of Theophrastus and Herodas.