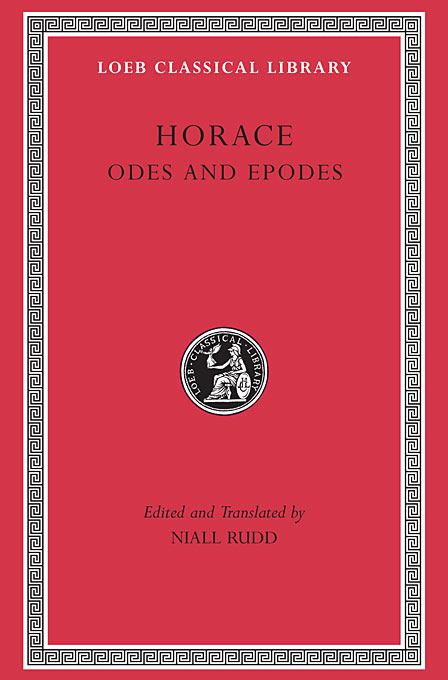 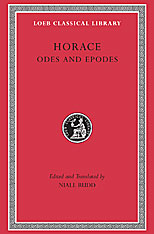 Edited and translated by Niall Rudd

The poetry of Horace (born 65 BCE) is richly varied, its focus moving between public and private concerns, urban and rural settings, Stoic and Epicurean thought. Here is a new Loeb Classical Library edition of the great Roman poet’s Odes and Epodes, a fluid translation facing the Latin text.

Horace took pride in being the first Roman to write a body of lyric poetry. For models he turned to Greek lyric, especially to the poetry of Alcaeus, Sappho, and Pindar; but his poems are set in a Roman context. His four books of odes cover a wide range of moods and topics. Some are public poems, upholding the traditional values of courage, loyalty, and piety; and there are hymns to the gods. But most of the odes are on private themes: chiding or advising friends; speaking about love and amorous situations, often amusingly. Horace’s seventeen epodes, which he called iambi, were also an innovation for Roman literature. Like the odes they were inspired by a Greek model: the seventh-century iambic poetry of Archilochus. Love and political concerns are frequent themes; here the tone is generally that of satirical lampoons. “In his language he is triumphantly adventurous,” Quintilian said of Horace; this new translation reflects his different voices.