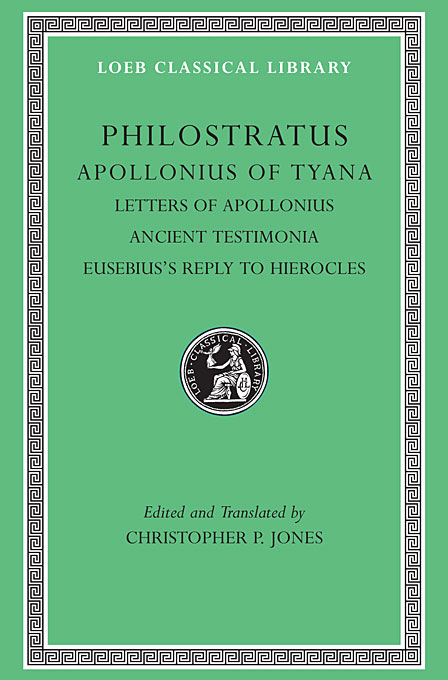 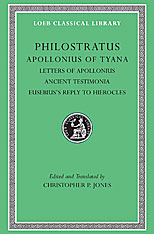 Philostratus’s colorful biography of Apollonius of Tyana, recounting the sayings and miracles of a Pythagorean sage, incidentally provoked a long-lasting debate between pagans and Christians. This volume, which completes the new Loeb Classical Library edition of the Life of Apollonius of Tyana, provides historical context for that much discussed third-century portrayal of a charismatic religious teacher.

Here is a new translation of the surviving letters of Apollonius, augmented and illuminated by recent discoveries. These letters reveal Apollonius’s personality and his religious and philosophical ideas. New for this edition is a selection of ancient reports about Apollonius from authors such as St. Jerome and St. Augustine.

Philostratus’s biography was quickly caught up in the religious struggles that marked the rise of Christianity. An official in Diocletian’s empire named Hierocles used it as ammunition in an anti-Christian polemic, initiating a controversy that lasted well into modern times. The reply by Eusebius, the fourth-century bishop of Caesarea, was originally included in editions of the Life of Apollonius in order to serve as a spiritual antidote and to provide cover for the publishers; today it is an essential chapter in the history of Philostratus’s masterpiece.