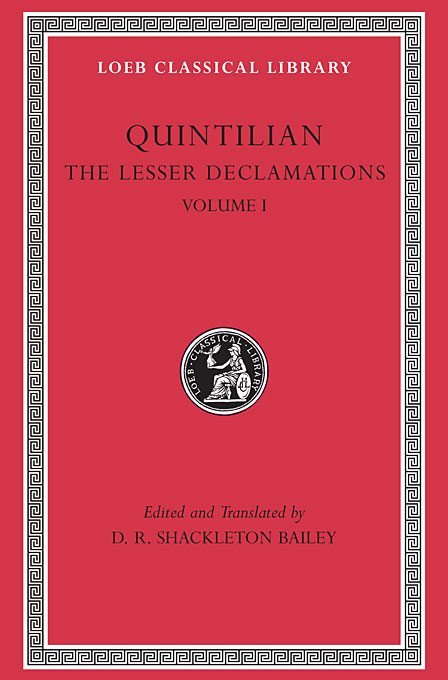 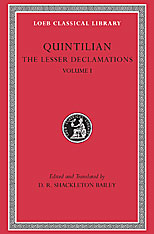 The Lesser Declamations, Volume I

The Lesser Declamations, dating perhaps from the second century CE and attributed to Quintilian, might more accurately be described as emanating from “the school of Quintilian.” The collection, here made available for the first time in translation, represents classroom materials for budding Roman lawyers.

The instructor who composed these specimen speeches for fictitious court cases adds his comments and suggestions concerning presentation and arguing tactics, thereby giving us insight into Roman law and education. A wide range of scenarios is imagined. Some evoke the plots of ancient novels and comedies: pirates, exiles, parents and children in conflict, adulterers, rapists, and wicked stepmothers abound. Other cases deal with such matters as warfare between neighboring cities, smuggling, historical (and quasi-historical) events, tyrants and tyrannicides. Two gems are the speech opposing a proposal to equalize wealth, and the case of a Cynic youth who has forsworn worldly goods but sues his father for cutting off his allowance.

Of the original 388 sample cases in the collection, 145 survive. These are now added to the Loeb Classical Library in a two-volume edition, a fluent translation by D. R. Shackleton Bailey facing an updated Latin text.