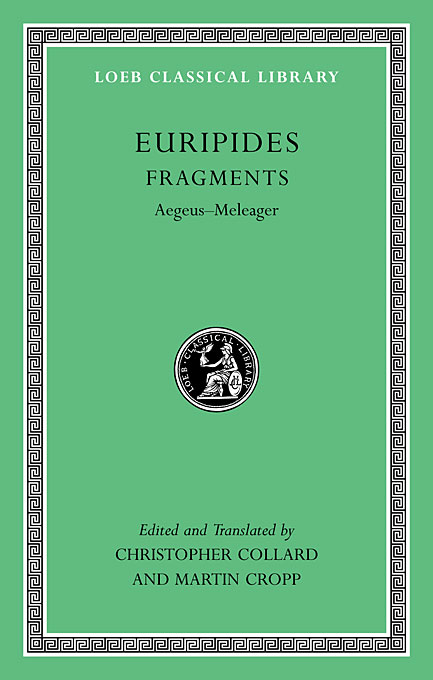 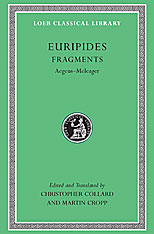 Edited and translated by Christopher Collard

Eighteen of the ninety or so plays composed by Euripides between 455 and 406 BCE survive in a complete form and are included in the preceding six volumes of the Loeb Classical Library edition of Euripides. A further fifty-two tragedies and eleven satyr plays, including a few of disputed authorship, are known from ancient quotations and references and from numerous papyri discovered since 1880. No more than one-fifth of any play is represented, but many can be reconstructed with some accuracy in outline, and many of the fragments are striking in themselves. The extant plays and the fragments together make Euripides by far the best known of the classic Greek tragedians.

This edition, in two volumes, offers the first complete English translation of the fragments together with a selection of testimonia bearing on the content of the plays. The texts are based on the recent comprehensive edition of R. Kannicht. A General Introduction discusses the evidence for the lost plays. Each play is prefaced by a select bibliography and an introductory discussion of its mythical background, plot, and location of the fragments, general character, chronology, and impact on subsequent literary and artistic traditions.