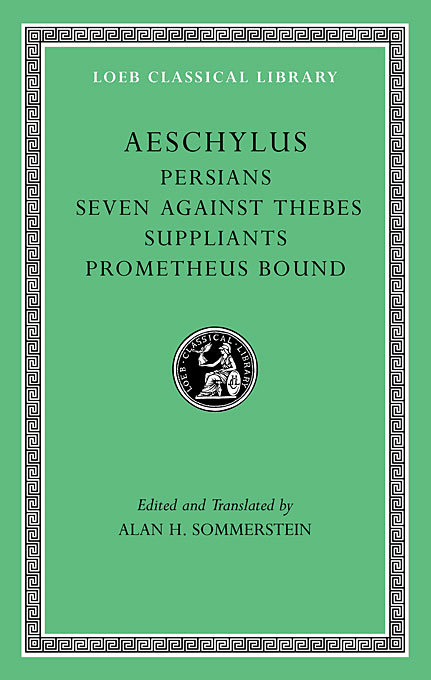 Of his total of about eighty plays, seven survive complete. The first volume of this new Loeb Classical Library edition offers fresh texts and translations by Alan H. Sommerstein of Persians, the only surviving Greek historical drama; Seven against Thebes, from a trilogy on the conflict between Oedipus’ sons; Suppliants, on the successful appeal by the daughters of Danaus to the king and people of Argos for protection against a forced marriage; and Prometheus Bound (of disputed authenticity), on the terrible punishment of Prometheus for giving fire to humans in defiance of Zeus.