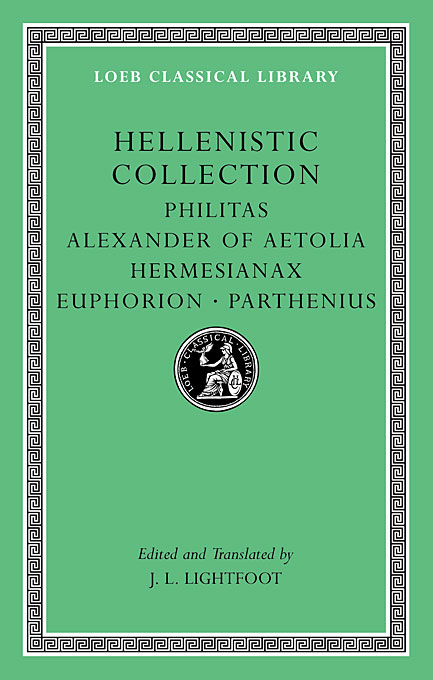 This volume presents a selection of Hellenistic prose and poetry, ranging chronologically from Philitas of Cos through Alexander of Aetolia and Hermesianax of Colophon to Euphorion of Chalcis and Parthenius of Nicaea, whose mythography Sufferings in Love is the major work in the collection. Knowledge of many of these texts has been increased by papyrological discoveries in the last century, yet few of them have appeared in English translation before now. Taken together, these works represent the geographic and stylistic range of a rich and inventive period in Classical literature.