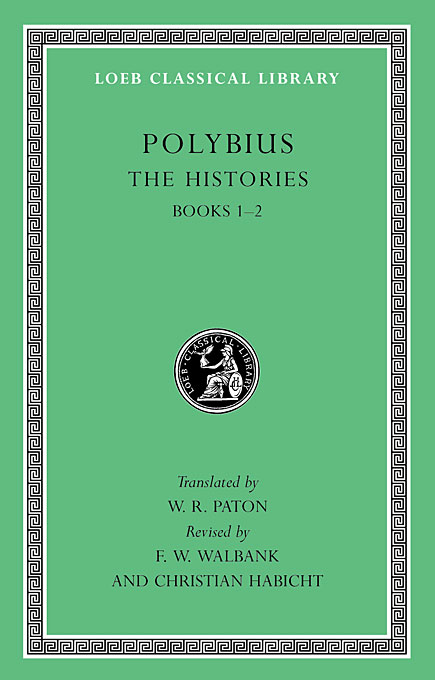 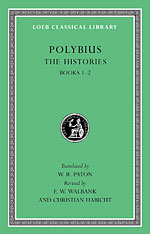 The Histories, Volume I

“These are the first two volumes of a revised text and translation of the Histories of Polybius. Polybius was the Greek historian who wrote of the rise of Rome to Mediterranean power, and who is usually ranked as one of the ancient world’s great historians. This edition is based on that of W.R. Paton (1922), which has long served scholars but has been in sore need of updating and correction. This new version comes thanks to Frank W. Walbank (1909–2008), the great Polybius scholar of the modern world, whose monumental three-volume A Historical Commentary on Polybius (1957–79) is the starting point for all modern studies of the historian and the era he chronicled. While writing his commentary, Walbank systematically corrected Paton’s edition in hundreds of places, and these changes have now been incorporated by Christian Habicht, himself one of the great historians of the Hellenistic age. Habicht has provided a new introduction, bibliography, and notes, and the result is a splendid, reliable, and up-to-date edition of Polybius that will be accessible to students and scholars alike. One looks forward eagerly to the remaining volumes that are to appear over the next year.”—J.M. Marincola, Choice

“Polybius found a brilliant subject for his history in the Roman drive to supremacy in the Mediterranean. As an experienced Greek politician who lived as a hostage among the elite in Rome from 167 to 159 BC, he was ideally positioned to write it. He had formidable organizational powers, and he really did know what he was talking about. Without him, our understanding of the whole period and of the dynamics of Roman imperialism would be inconceivably impoverished.”—Denis Feeney, The Times Literary Supplement