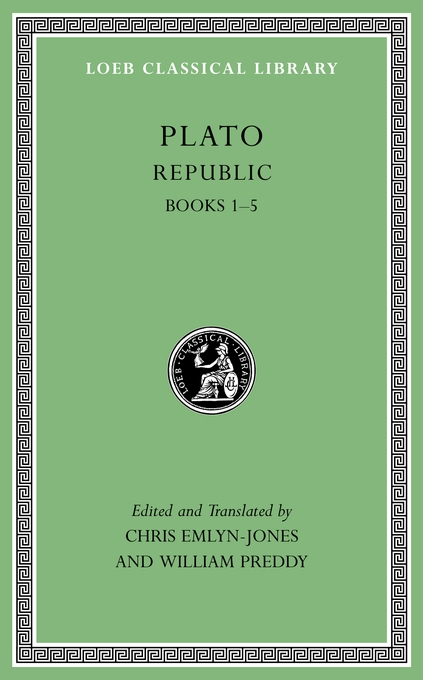 Plato of Athens, who laid the foundations of the Western philosophical tradition and in range and depth ranks among its greatest practitioners, was born to a prosperous and politically active family ca. 427 BCE. In early life an admirer of Socrates, Plato later founded the first institution of higher learning in the West, the Academy, among whose many notable alumni was Aristotle. Traditionally ascribed to Plato are thirty-six dialogues developing Socrates’s dialectic method and composed with great stylistic virtuosity, together with thirteen letters.

Republic, a masterpiece of philosophical and political thought, concerns righteousness both in individuals and in communities, and proposes an ideal state organized and governed on philosophical principles. This edition, which replaces the original Loeb Classical Library edition by Paul Shorey, offers text, translation, and annotation that are fully current with modern scholarship.

The Loeb edition of Plato is in twelve volumes.