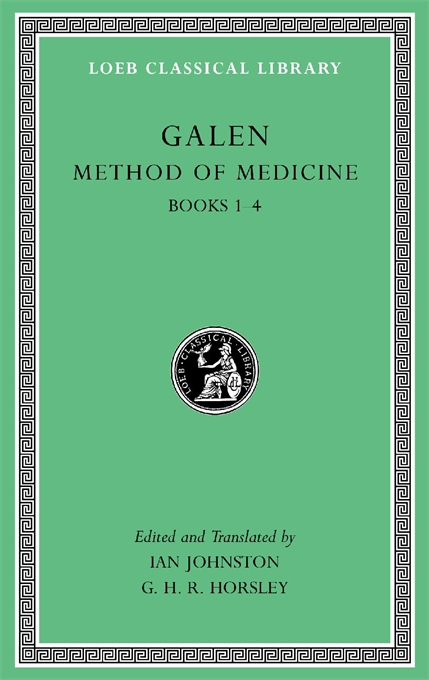 Method of Medicine, Volume I

Galen of Pergamum (129–?199/216), physician to the court of the emperor Marcus Aurelius, was a philosopher, scientist, and medical historian, a theoretician and practitioner, who wrote forcefully and prolifically on an astonishing range of subjects and whose impact on later eras rivaled that of Aristotle. Galen synthesized the entirety of Greek medicine as a basis for his own doctrines and practice, which comprehensively embraced theory, practical knowledge, experiment, logic, and a deep understanding of human life and society.

New to the Loeb Classical Library is Method of Medicine, a systematic and comprehensive account of the principles of treating injury and disease and one of Galen’s greatest and most influential works. Enlivening the detailed case studies are many theoretical and polemical discussions, acute social commentary, and personal reflections.