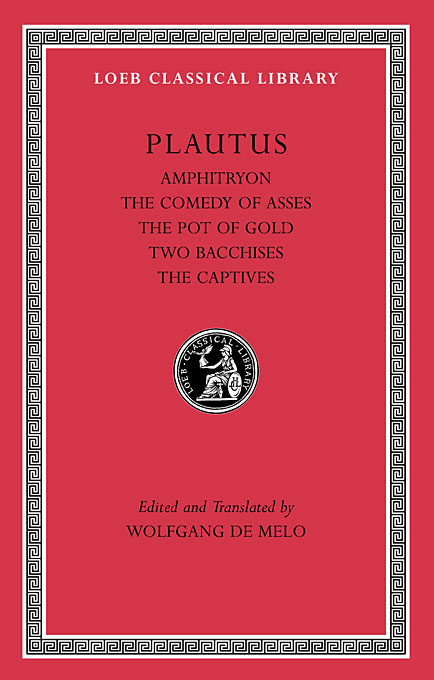 Amphitryon. The Comedy of Asses. The Pot of Gold. The Two Bacchises. The Captives

The rollicking comedies of Plautus, who brilliantly adapted Greek plays for Roman audiences c. 205–184 BCE, are the earliest Latin works to survive complete and are cornerstones of the European theatrical tradition from Shakespeare and Molière to modern times.

This first volume of a new Loeb Classical Library edition of all twenty-one of Plautus’s extant comedies presents Amphitruo, Asinaria, Aulularia, Bacchides, and Captivi with freshly edited texts, lively modern translations, and ample explanatory notes. Accompanying the plays is a detailed introduction to Plautus’s œuvre as a whole, discussing his techniques of translation and adaptation, his use of Roman humor, stage conventions, language and meter, and his impact on the Greco-Roman comedic theater and beyond.