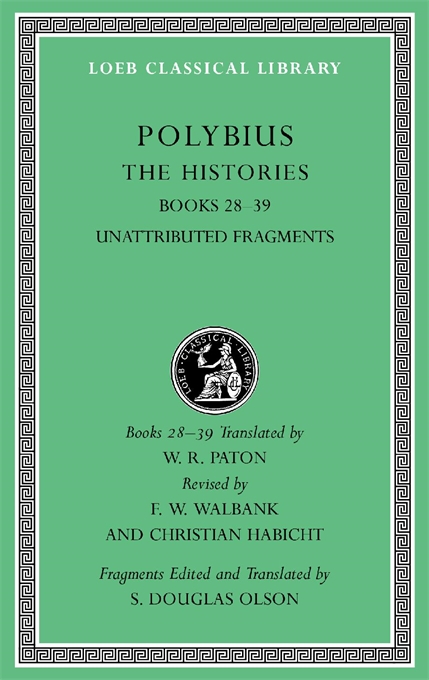 The historian Polybius (ca. 200–118 BCE) was born into a leading family of Megalopolis in the Peloponnese and served the Achaean League in arms and diplomacy for many years. From 168 to 151 he was held hostage in Rome, where he became a friend of Scipio Aemilianus, whose campaigns, including the destruction of Carthage, he later attended. As a trusted mediator between Greece and the Romans, he helped in the discussions that preceded the final war with Carthage, and after 146 was entrusted by the Romans with the details of administration in Greece.

Polybius’s overall theme is how and why the Romans spread their power as they did. The main part of his history covers the years 264–146 BCE, describing the rise of Rome, the destruction of Carthage, and the eventual domination of the Greek world. The Histories is a vital achievement despite the incomplete state in which all but the first five of its original forty books survive. For this edition, W. R. Paton’s excellent translation, first published in 1922, has been thoroughly revised, the Büttner-Wobst Greek text corrected, and explanatory notes and a new introduction added, all reflecting the latest scholarship.

The final volume adds a new edition of fragments unattributed to particular books of The Histories.