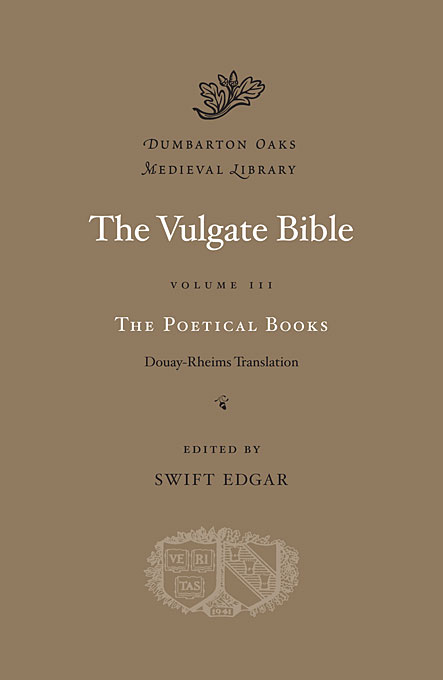 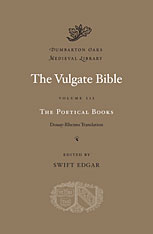 This is the third volume of a six-volume set of the complete Vulgate Bible.

Compiled and translated in large part by Saint Jerome at the turn of the fifth century CE, the Vulgate Bible permeated the Western Christian (and later specifically Catholic) tradition from the early medieval period through the twentieth century. It influenced literature, visual arts, music, and education during the Middle Ages and Renaissance, and its contents lay at the heart of Western theological, intellectual, artistic, and even political history during that period. At the end of the sixteenth century, as Protestant vernacular Bibles became available, professors at a Catholic college first at Douay, then at Rheims, translated the Vulgate Bible into English, primarily to combat the influence of rival theologies.

Volume III presents the Poetical Books of the Bible. It begins with Job’s argument with God, and unlike other Bibles the Vulgate insists on the title character’s faith throughout that crisis. The volume proceeds with the soaring and intimate lyrics of the Psalms and the Canticle of Canticles. Three books of wisdom literature, all once attributed to King Solomon, also are included: Proverbs, Ecclesiastes, and Wisdom. Ecclesiasticus, an important deuterocanonical book of wisdom literature, concludes the volume. The seven Poetical Books mark the third step in a thematic progression from God’s creation of the universe, through his oversight of grand historical events, and finally into the personal lives of his people.