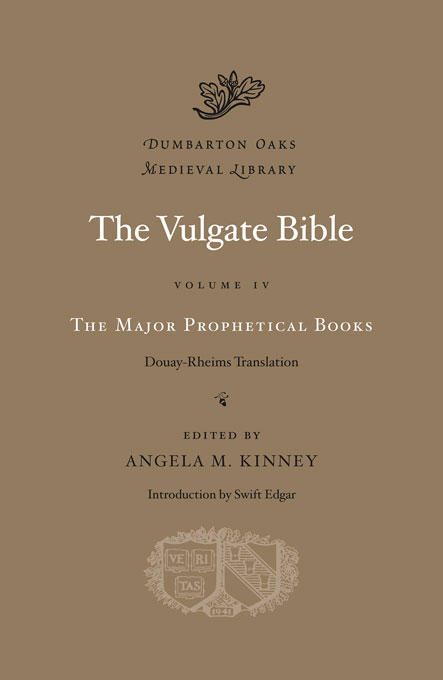 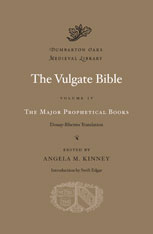 This is the fourth volume of a six-volume Vulgate Bible.

Volume IV presents the writings attributed to the “major” prophets (Isaiah, Jeremiah, Ezekiel, and Daniel), which feature dire prophecies of God’s impending judgment, punctuated by portentous visions. Yet profound grief is accompanied by the promise of mercy and redemption, a promise perhaps illustrated best by Isaiah’s visions of a new heaven and a new earth. In contrast with the Historical Books, the planned salvation includes the gentiles.