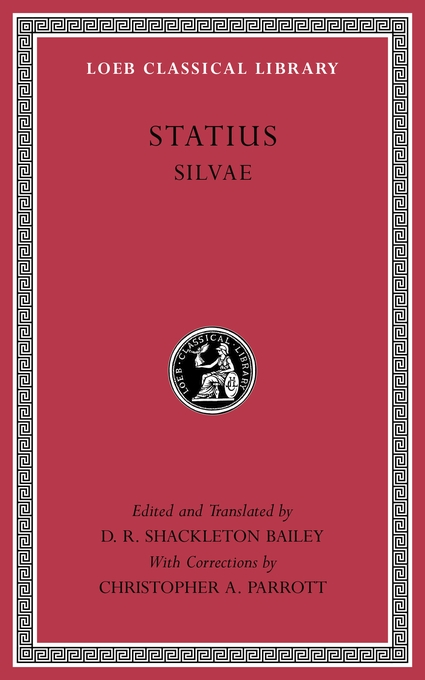 Revised by Christopher A. Parrott

Statius’ Silvae, thirty-two occasional poems, were written probably between 89 and 96 CE. Here the poet congratulates friends, consoles mourners, offers thanks, admires a monument or artistic object, and describes a memorable scene. The verse is light in touch, with a distinct pictorial quality. Statius gives us in these impromptu poems clear images of Domitian’s Rome.

Statius was raised in the Greek cultural milieu of the Bay of Naples, and his Greek literary education lends a sophisticated veneer to his ornamental verse. The role of the emperor and the imperial circle in determining taste is also readily apparent: the figure of the emperor Domitian permeates these poems.

D. R. Shackleton Bailey’s edition of the Silvae, which replaced the earlier Loeb Classical Library edition with translation by J. H. Mozley, is now reissued with corrections by Christopher A. Parrott.