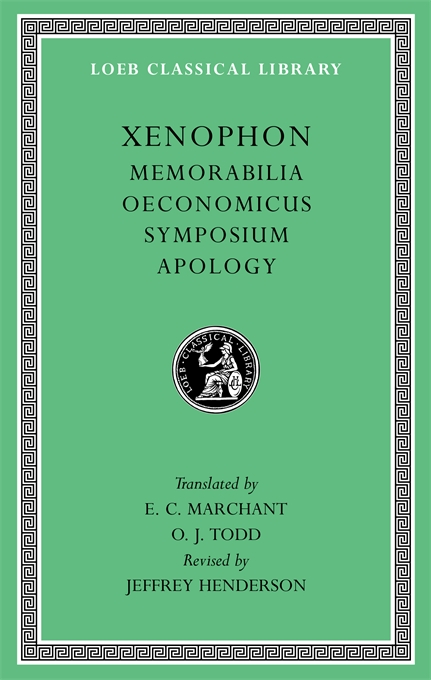 Xenophon (ca. 430 to ca. 354 BCE), a member of a wealthy but politically quietist Athenian family and an admirer of Socrates, left Athens in 401 BCE to serve as a mercenary commander for Cyrus the Younger of Persia, then joined the staff of King Agesilaus II of Sparta before settling in Elis and, in the aftermath of the battle of Leuctra in 371 BCE, retiring to Corinth. His historical and biographical works, Socratic dialogues and reminiscences, and short treatises on hunting, horsemanship, economics, and the Spartan constitution are richly informative about his own life and times.

This volume collects Xenophon’s portrayals of his associate, Socrates. In Memorabilia (or Memoirs of Socrates) and in Oeconomicus, a dialogue about household management, we see the philosopher through Xenophon’s eyes. Here, as in the accompanying Symposium, we also obtain insight on life in Athens. The volume concludes with Xenophon’s Apology, an interesting complement to Plato’s account of Socrates’s defense at his trial.